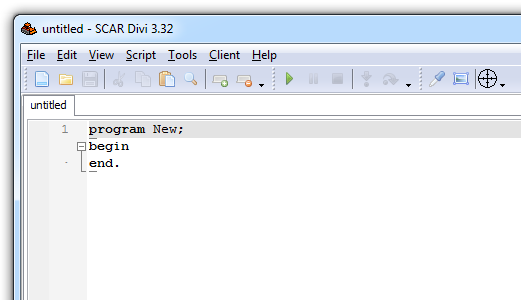 SCAR Divi is a powerful macroing environment that allows users to write scripts with the goal of automating repetitive tasks on a windows based machine.

SCAR Divi comes with a portable version that makes it easy to run from a usb drive or other portable device.

Scripting in SCAR Divi is easy to master as it uses the pascal language which was originally developed for education.

Aside from the command-line style scripting, SCAR Divi also visual form design in order to add form to scripts with ease.

A set of global hotkeys makes it easy to start and stop scripts in SCAR Divi.

A firewall is built into SCAR Divi to prevent malicious scripts from contacting a server without the user being made aware of it.

SCAR Divi manages allocated resources to ensure that scripts that do not properly manage resources will not cause memory leaks.